The Endorphin Cycling and Triathlon concept was born out of a dream! One morning, Philippe Beauregard-Totaro, the entrepreneur behind the company, woke up with the concept of custom-made sportswear in mind. This nocturnal dream has slowly turned into an entrepreneurial dream. After several hours, even months of research and reflection, notably in the pool, on a bike or running, the concept was fine-tuned and brought back to a field that is a passion of his, the world of triathlon and cycling. 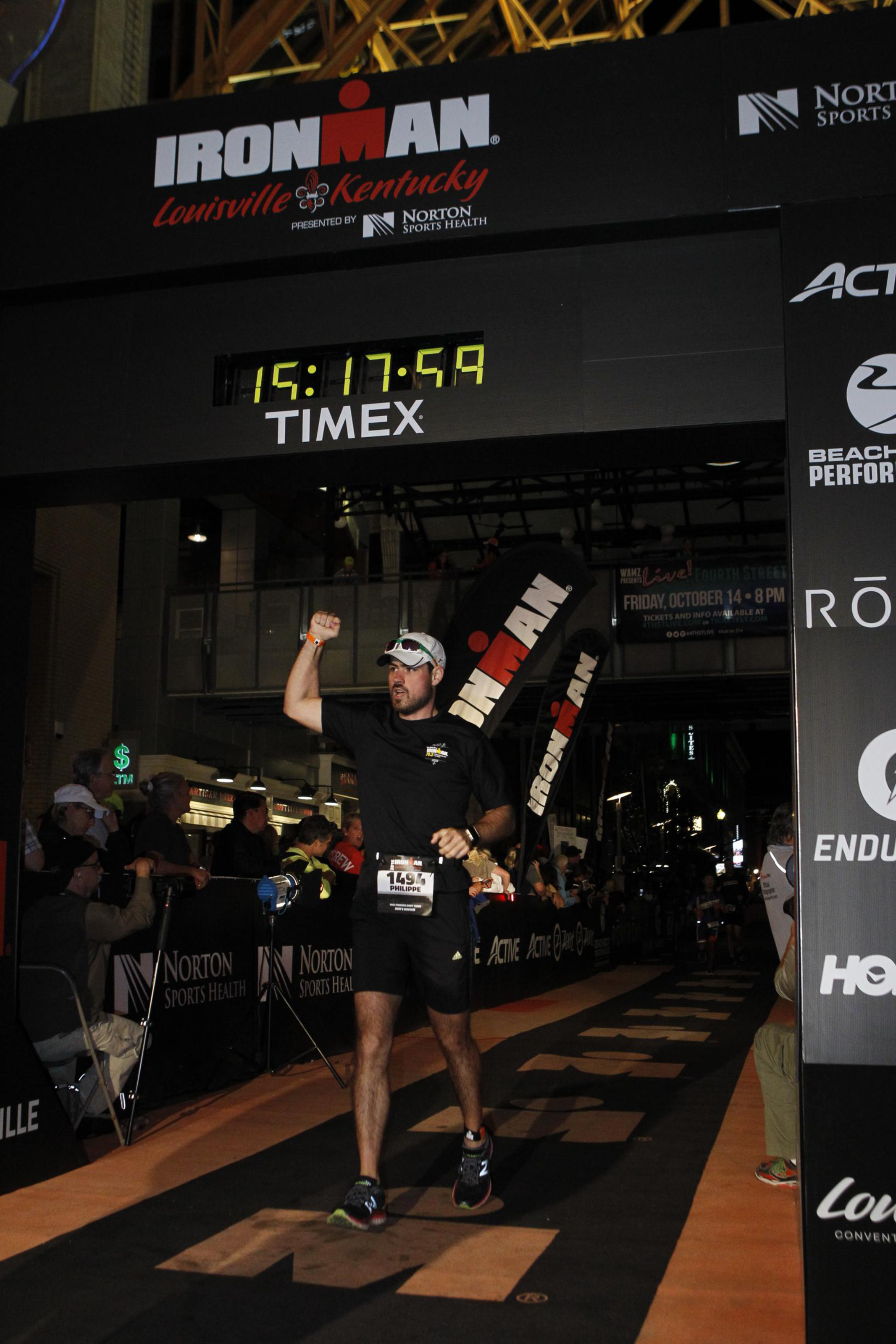 Cycling and triathlon came to Philippe’s road in his constant search for personal achievement. An avid golfer and skier since a very young age, it was to celebrate his 30th birthday that the goal of making an Ironman 70.3 arrived. He challenged his father, Mario Totaro, to follow him to improve their physical fitness and get out of their comfort zone.

A wonderful adventure followed for both of them. Starting with sprint triathlons at the end of the 2014 season, it is on April 26, 2015 that the goal is reached and both become finishers of the Ironman 70.3 Galveston, Texas. They also participated in a few other 70.3, including the one in Mont-Tremblant.

As mentioned, Philippe is constantly looking for personal improvement, and that’s why he couldn’t limit himself to distance 70.3. He then embarked on the Ironman adventure and became Ironman Louisville’s “finisher” on October 9, 2016.

During this wonderful adventure, an event completely disrupted their lives and those of their loved ones… Mario was diagnosed in 2015 with a brain cancer that was very aggressive. Despite his spectacular battle and exceptional courage, the disease took over and he passed away on June 28, 2017.

Endorphin Cycling & Triathlon was created and is entirely dedicated to his memory. You can see in the logo the presence of an M for Mario. That’s also why we launched the Mario Totaro La Bougeotte Fund, in his memory. For each item of clothing sold, we donate $5 to this charity fund, which aims to get young people moving.

Go beyond! The times achieved or the performances are not important, the importance is to improve yourself daily.

To make sure you don't miss anything, sign up now for our newsletter.